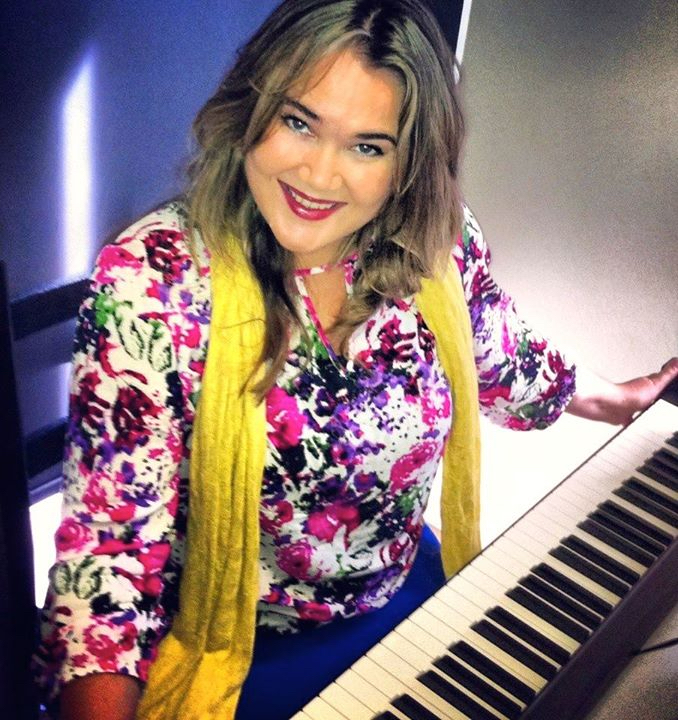 Eloise Evans holds a bachelor’s degree in music from the Sydney Conservatorium of Music (University of Sydney) where she began her tertiary studies in classical voice and vocal pedagogy. She is an accomplished opera singer, recitalist, session singer, voice over artist and a highly skilled music educator specialising in voice.

For fifteen years Eloise has coached talented young singers in both classical and contemporary styles for auditions, concerts, HSC and AMEB examinations. In 2021 the Australian Music Examinations Board presented Eloise with a teacher’s distinction award for achieving the highest student exam results.

Many of her voice students have auditioned successfully for the Sydney Conservatorium of Music, Berklee College of Music USA, Newtown Performing Arts School, The Australian International Conservatorium of Music and Performing Arts High School, ‘The Voice’ and ‘X Factor’; are prize winners in major singing competitions; and perform in professional musical theatre productions including Billy Elliot, The Lion King and several seasons with Opera Australia’s productions of La Boheme, Turandot, The Magic Flute, Carmen and Billy Bud.

Eloise has performed for many years as a Guest Entertainer on luxury cruise lines such as Royal Caribbean, Cunard, Princess and P&O. She has also performed in numerous opera and musical theatre productions both in Australia and abroad; and has competed successfully in many singing competitions and eisteddfodau throughout Australia and New Zealand. She is a past semi-finalist in the prestigious McDonald’s Aria Award, the recipient of the Australian Opera Auditions Committee’s ‘Sheila Prior Memorial Study Grant’ and the winner of the ‘Grace Johnston Operatic Aria Award’. Her other awards include scholarships from the Dame Joan Sutherland Society, the Sports and Youth Tourism Foundation, the Opera and Arts Support Group and the Opus 50 Trust.