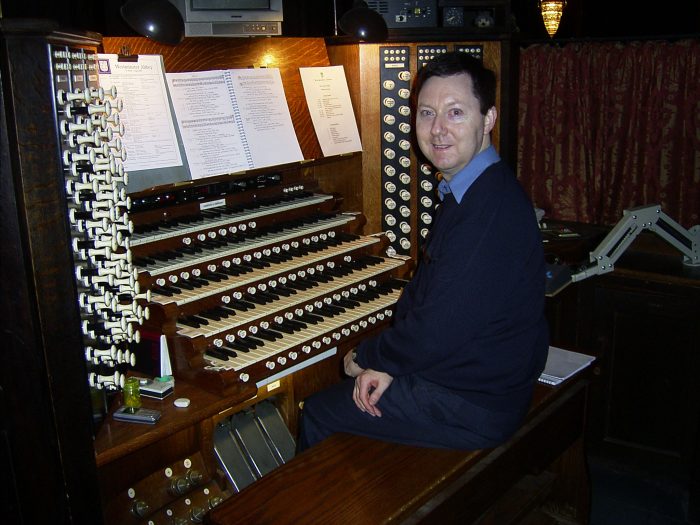 Mark Quarmby graduated from the Sydney Conservatorium studying organ under Norman Johnston and piano under Marjorie Hesse. He has given recitals throughout Australia, Europe, North America, Asia and New Zealand. For over 20 years he was associated with the music of St Andrew’s Cathedral, Sydney, playing the organ for national live broadcasts, visits of the Queen, funerals of State governors and national memorial services. In August 2009 he was appointed Director of Music at St Stephen’s, Macquarie Street.

In Europe he has played in the Cathedrals of St Paul’s, London, Canterbury, Salisbury, Oxford, Winchester, Lichfield, Westminster Abbey plus Notre-Dame, Paris, with recitals in Germany, Switzerland, Austria, Italy, France, and Holland. In 2009 he gave the opening recital of the American Guild of Organists Convention in Phoenix, Arizona, playing a whole program devoted to organ music written by Australian composers.

He has been the President of the Organ Music Society of Sydney, has served on the committee of the Royal School of Church Music (NSW) and is currently a National Director of the Organ Historical Trust of Australia and teaches piano, organ and musicianship at St Patrick’s College, Strathfield, and privately. ​