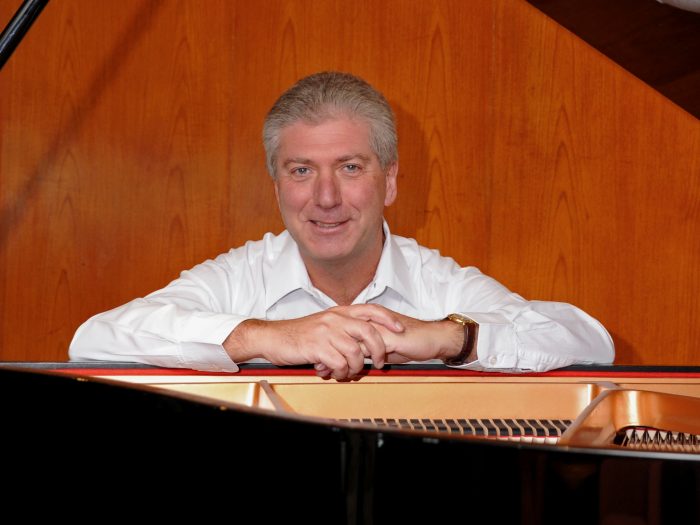 Ray was born in Manchester, England. His father, a doctor in the RAF, played the piano in the RAF band and it was at the age of 6 that Ray continued in his footsteps and began to study the piano.

He attended Stand Grammar School in Whitefield, Manchester and it was there he was encouraged to study the cello alongside the piano. At the age of 18, Ray became a student of the prestigious Royal Northern College & Trinity College of Music, London, studying classical repertoire and performance. He graduated with Honours and is an Associate of the Trinity College of Music, London. In addition, he has a Bachelor’s Degree in Law and a Post-Graduate teaching accreditation in Music.

Solo recitals at the world-renowned Wigmore Hall in London of Baroque and 19th & 20th century music were soon followed by collaborations with fellow musicians and singers.

It was in 1990 that Ray emigrated to Australia where he met and married his wife Lorrae. Shortly after his arrival in Sydney, Ray recorded a series of programmes for Sydney’s ‘Fine Music’  radio station, showcasing new works by Australian composers and also a series of programmes entitled ‘Mayerl Magic’ paying homage to his father’s favourite composer – Billy Mayerl.

Ray’s musical influences are diverse and he lists composers such as Ravel, Albeniz, Poulenc & Bach among his favourites. He is also a lover of Jazz particularly the great jazz pianists – Oscar Peterson, Wynton Kelly & Red Garland.

With a long & varied music career which has enabled Ray to perform many genres of music, he has the good fortune to be able to travel the world. Whether it be as a mentor to aspiring young pianists, a Musical Director for over 35 Musical Theatre productions, or as a classical & jazz pianist, his passion for presenting and interpreting music from the vast piano repertoire, is evident for all to hear.

Friendly and easy-going approach to lessons. Fun & encouragement are the keywords! All styles of music are taught, whether the student is looking to develop a career in music, or just learning for fun & pleasure, Ray will give his full attention and encouragement in all areas.